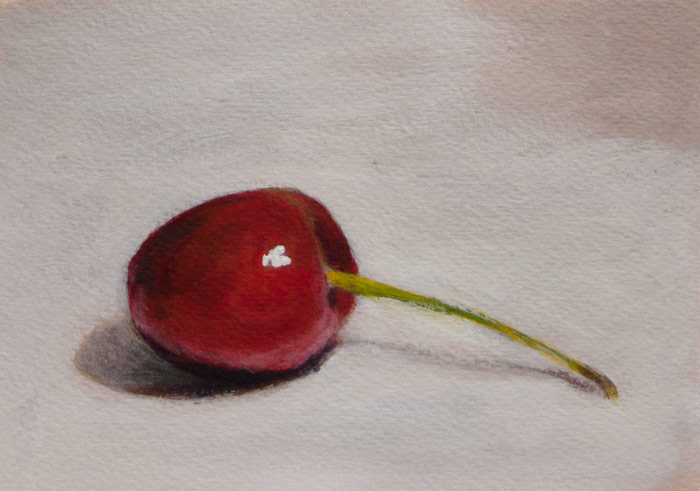 First attempt with acrylics, following an online tutorial at the Will Kemp art school. It’s a lot of fun and very forgiving in that mistakes can be painted over but glazing and blending are still possible. And it’s a lot more physical, scratching away with cheap hog brushes.

The paints I chose were Burnt Umber, Azo Yellow Medium, French Ultramarine, Phthalo Blue Green Shade, Permanent Rose, Titanium White. After using watercolours it felt odd to lighten colours by adding white rather than diluting with water. I found it harder to get a bright orangey red, but that could be because I’m not used to mixing. The paint dries with a slight matt plasticy sheen which can dull the colours if viewed from the wrong angle, but maybe one of the gloss mediums will fix that. Used a pad of cold pressed watercolour paper for this, but will try the thinner HP later. Apparently this stuff will paint on anything, and these walls need redecorating, ….hmmm.