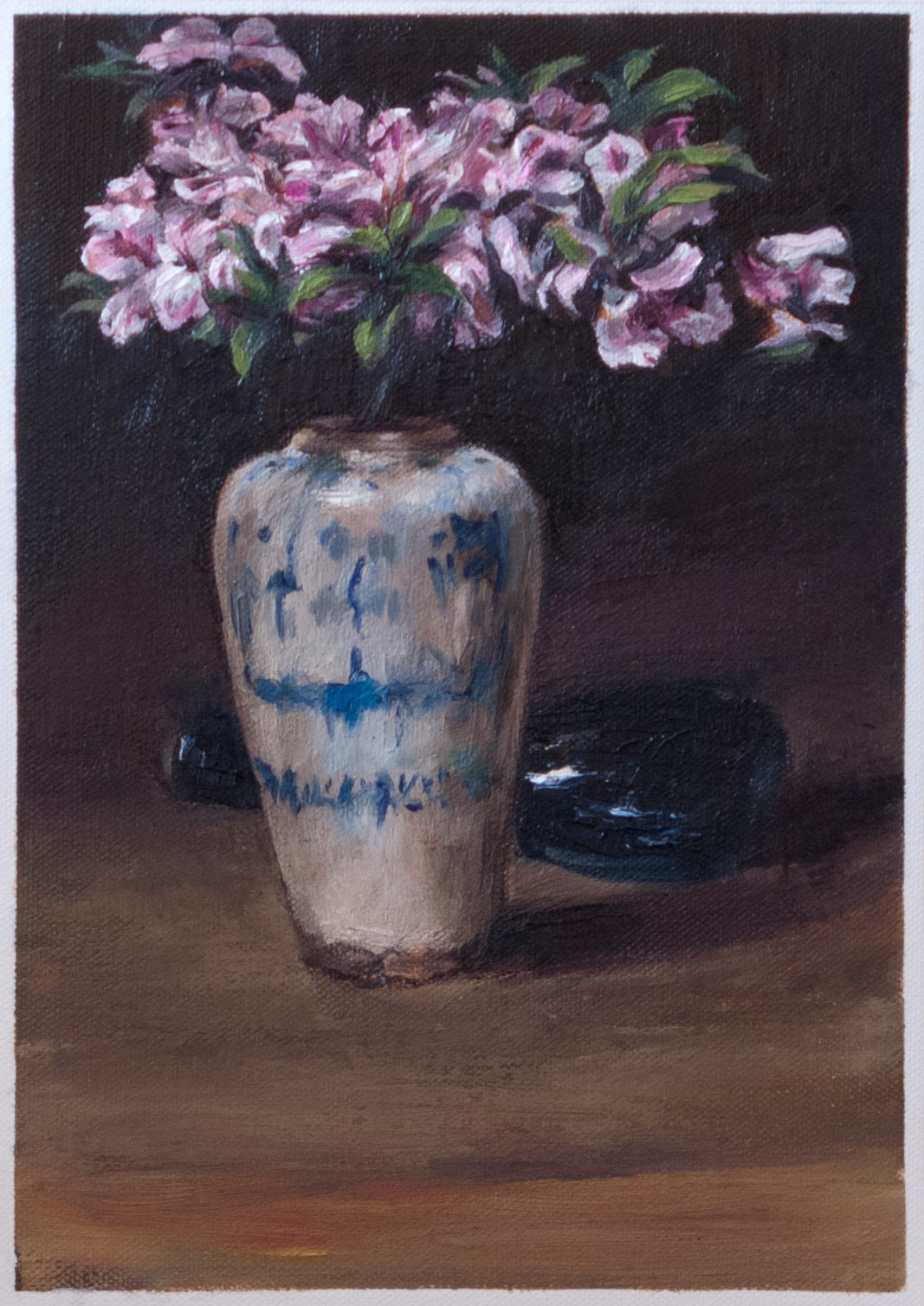 A copy in oils of Pink Azalea—Chinese Vase by William Merritt Chase, trying out a new pad of A4 gessoed canvas.

I was attempting to copy three things from the original painting: the colours and texture of the glazed porcelain, the impression of the flower shapes and the play of light on the whole scene.

Some things I found:
Adding titanium white makes colours much cooler and can result in a chalky appearance. I had to glaze over with a warmer mixture to reverse this effect.

It’s very easy to overuse white. In the original painting, the flowers appear bright and show their three-dimensional form only by making the receding ones look much duller. Much of the success of the original comes from this subtle handling of the value and chroma. There’s still not enough variation and control in this copy.

It’s hard to make a loose impression of a petal shape based on someone else’s loose impression. I had to reverse-engineer the loosely brushed shapes made in the original painting in order to guess the form of the original flowers, and then redo it while attempting a similar handling.

I was working without an underdrawing, and at one point had to place some tracing paper over the half-finished painting in order to work out the correct perspective for the bottle. I did use the mirror test for the symmetry of the vase, but in bumping the background around at the end I’ve knocked it out of shape again.

So, lots of room for improvement, but a worthwhile exercise as every time I copy a master work I learn something of value.

2 thoughts on “lost in translation”